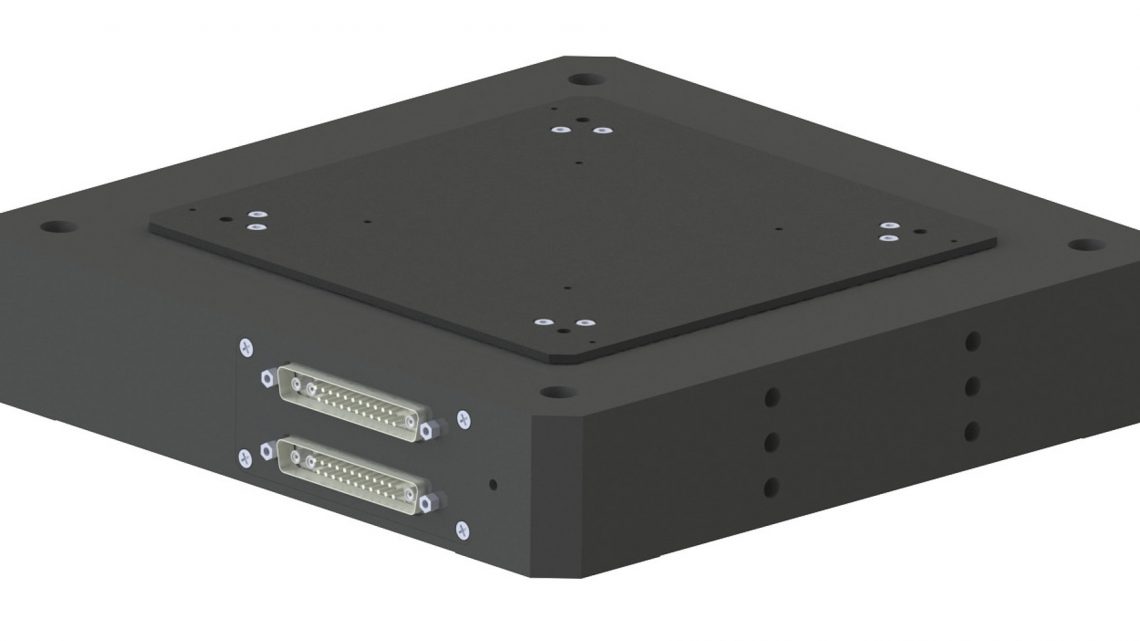 A piezo stage can be described as a type of drive element that powers a motion control stage.A piezo stage is powered by piezoelectricity that is induced by a piezoelectric actuator which provides movement in at least one direction of movement. These movements are often in X, Y, and Z axis. They are mostly used in Nano positioning applications to achieve high precision in those instruments’ movements.

Piezoelectricity is generated by piezoelectric materials (usually piezoelectric crystals) that are under mechanical stress. The piezoelectric effect is reversible, and this ability sets it apart when it comes to taking high precision measurements.

Some machines move in more than just X, XY or XYZ stage, for instance, the Hexapod. A Hexapod, or a Kinematic platform, or a Stewart Platform as it also is called, has6 degrees of freedom for their movement; Looking at their movement one platform can assume a combination of both alinear stage, xyz and rotation stagetype of movement. In light of the fact that the displacement of the sets of actuators (legs) on a typical hexapod is not straightforward – sincea set of actuators’ displacementscan produce about 40 dissimilar platform positions. As a result, analyses of this hexapod movement is done using reverse kinematics.

Much the same as some of the PI designs of OEM motor, Hexapods’ XYZ performance can be tested using a high precision positioner. This kind of device evaluates the device’s precision Stages and give results in nanometer or micrometermovement. However, a Nano positioner is much more appropriate for taking accurate precision measurements for stages than micro positioners. TheseNano positioning devices are designed for different piezo XYZ stages ranging from X to Y, Z to multi-axisNano positioning stages.

Usefulness of piezo and Hexapod motion in theimaging

The recent incorporation of motion control devices like hexapod in the design of optical gadgets has helped optical designers combat physical limitations associated with higher resolution imaging. Without a doubt, precision plays a vital role in the quality and resolution of the image captured, regardless of how inflated the camera’s megapixel is. Now that precision mechanism has been fused into a camera to produce more stable and quality images, it is expected that we’ll be able to improve both the sensitivity and resolution of images produced.

When it comes to the quality of an image, sensitivity, and resolution of the image are paramount. However, it is quite difficult to get the two in equal proportion in the past. For the reason that, if you use highly sensitive detectors for your image, they’ll most likely fail to produce an optimal resolution. Meanwhile, if you swap the highly sensitive detectors for the highest resolution kinds, they’ll produce images that are not as sensitive as you would like. At the end of the day, this contradicting scenario brings about the production of images that either lack detail or have an excess of it (becomes blurred and almost definitely will require more exposure time).

Notwithstanding, the most recent optical instruments (cameras) that have motion control mechanisms incorporated in them, have the ability to strategically manipulate both the sensitivity and resolution of an image. In this manner, creating images that are, sharp, sensitive, and clear at high resolutions. This tech is now used for example in Aerial photography and fluorescence microscopy.